Add to Calendar
Since the 1700’s, Kentuckians have been converting corn and other grains to whiskey.  So how did it become bourbon? One of Kentucky’s original counties was Bourbon county.  Farmers from this county would ship their whiskey in oak barrels, stamped Bourbon County, down the Ohio or Mississippi river.  The long trip aged the whiskey and gave it a flavor which became in high demand.  It soon became known as Bourbon whiskey. Join us for the 2020 Bourbon Barrel and don’t forget to stop along the Bourbon Trail and taste the only state where bourbon is made! 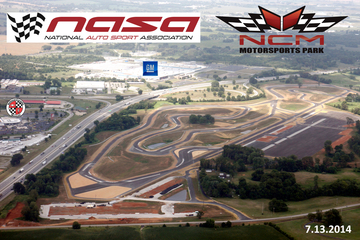 SAVE MONEY and Register EARLY!!
Registration increases by $50 TEN (10) days prior to the event and an additional $50 on day of the event.
Friday Racer Test and Tune, Time Trial and Advanced HPDE hosed by NCM.
Separate registration click here. https://www.motorsportreg.com/events/ncm-test-day-nasa-great-lakes-motorsport-park-motorsports-028663
Visit NASA Central to get your numbers. We will have basic 10" vinyl numbers in BLACK and WHITE only. Numbers are $3 each, 4 digits for $10, or 6 digits for $15.
HPDE groups 1, 2, 3 & 4 will not be timed - so please do not rent a Transponder for these classes.
Mandatory Driver's Meeting, see the Event Schedule for the time.
You will be given a Driving Group Specific wristbands by your group leader after your Drivers meeting.
For Complete Event Details, follow this link to the Regional Event Page.

Registration is closed for this event!