In 2014, NASA decided to enhance what had been traditionally a single National Championship event into the country splitting Eastern and Western States Championship events. This move was designed to make the events much more accessible to a wider range of NASA competitors providing each coast with an event much closer to home.
“The move to a dual-Championship event format was well received in 2014”, Ryan Flaherty, NASA National Chairman, said. “We expect a very positive response from our members upon learning that the Championship events will move to Mazda Raceway Laguna Seca and Virginia International Raceway. These are two world class tracks revered in the motorsports community, each offering a fantastic set of challenges our competitors must overcome to be crowned NASA Champions. We look forward to visiting each of these amazing facilities in 2015.”
This move provided competitors the opportunity to compete at and experience a Championship level event all set over a shorter three day format again designed to decrease the expense and time requirement a Championship level event can present competitors. This change has been well received, as nearly 600 entries will have competed for Championship titles at the conclusion of the 2014 season. Unprecedented in club racing, NASA also worked with its partners to offer over $2 million dollars-worth of contingency prizes available through a vast network of generous contingency sponsors.
NASA competitors will make their way toward Mazda Raceway Laguna Seca for the 10th annual running of the event for the Western States Championships that will begin July 31 - August 2, 2015. 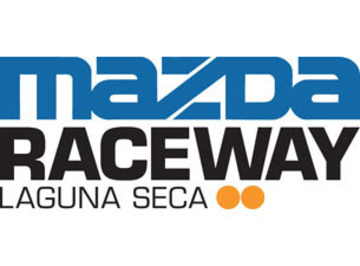 “We are proud to extend our relationship with NASA and to be chosen to host their 2015 Western States Championship event”, Gill Campbell, CEO/general manager of Mazda Raceway Laguna Seca, said. “Our challenging 2.238-mile natural terrain road course coupled with our inviting locale is sure to draw a large field of competitors and family members eager to race and enjoy everything the Monterey Peninsula has to offer.”
The NASA Western States Championships at Mazda Raceway Laguna Seca also presented a special synergistic opportunity considering Mazda is the track’s title sponsor and the Official car of NASA.
“We can't imagine a better pairing of tracks for the 2015 NASA Championship,” John Doonan, Director of Motorsports at Mazda North American Operations, said. “Mazda has thousands of racers competing with NASA, and it will be great to host all of the competitors at our home track. Simply based on its characteristics, we have often said that VIR is the East Coast counterpart to Mazda Raceway, and we expect both tracks will be popular choices.”
The Eastern part of the Championship event will begin at Virginia International Raceway September, 4-6, 2015.
“VIR is ready to open its gates to the 2015 NASA Eastern Championships”, Mike Rose, Virginia International Raceway Director of Marketing, said. “We hold several NASA events every year and competitors come to Danville, VA from all over the country to compete for the Championship crown. We're honored to host this fantastic event.”
Continuing to grow in popularity, 2015 will see NASA crown Champions for the 10th consecutive year. It will take both consistency and tenacity to persevere at either event where competitors will be required to complete two qualifying races to attain their stating position for the main event. NASA expects to crown Champions in 35 classes at each event over three days of intense competition.
About NASA
The National Auto Sport Association (NASA) was formed in 1991 with the premise of delivering high-quality motorsports events to enthusiasts at major racing venues throughout the nation. NASA has created programs that allow owners of both racecars and high-performance street-driven vehicles to enjoy the full performance capabilities of their cars in a controlled professionally managed environment. NASA offers many different programs that will allow you to enjoy motorsports on a number of different levels, including our High Performance Driving Events (HPDE), Rally Sport, Time Trial, NASA-X and Competition Racing programs.
NASA Membership
NASA members are entitled to enter and participate in any NASA event across the country, and membership includes an array of benefits, including vendor discounts and a subscription to the organizations online newsletter the NASA Speed News. Members will also receive a colorful membership hard card that will identify them as part of the organization and a welcome packet that includes more information on the many benefits and programs available to NASA members. While participating at events, all NASA members are covered by an extensive insurance policy, which includes General Liability, Accidental Death and Dismemberment, and Excess Medical coverage. Best of all, membership is only $45. Refer to www.nasaproracing.com for member information.
NASA Thanks Our Partners
NASA would like to thank its National sponsors for their continued support:  Toyo Tires, Royal Purple, Hawk Performance, OG Racing, Ford Racing School, and GoPro.  We also want to thank MAZDASPEED, Honda Performance Development (HPD), Nissan, and Ford Motor Company for supporting our members.  We greatly appreciate those companies that offer our racers contingency support, including Toyo Tires, AST Suspension, BFGoodrich, Ford Racing, Goodyear, Hawk Performance, Honda Performance Development (HPD), Hoosier Racing Tire, MAZDASPEED, Nissan, Sampson Racing Communications and Yokohama.  NASA competitors can also get discounts from Fuel Safe, Vehiport, APR Performance, the Ford Racing School, Avis, Cruise America, Eibach Springs, Exedy, Fastbrakes, Konig, The Mid-Ohio School, Hobie Polarized, Konig, Molecule, Motel 6, OG Racing, Torco, TPIS, Porterfield, Jongbloed Wheels, Yavay, and Monster Clutch.
NASA at a Glance
* NASA was founded in 1991 on the premise of providing motorsport competition programs that allow owners of both racecars and high-performance street-driven vehicles to enjoy the full-performance capabilities of their cars in a safe and controlled environment.
* NASA has over 14,000 members in 16 regions.
* Key events include the NASA Championships at Road Atlanta Aug. 29-31 and the Western Championships at Sonoma Raceway Nov. 7-9 and the season culminating NASA 25 Hours of Thunderhill, December 6-7.
* The NASA National Championships will run 36 race classes and nine Time-Trial classes during the event.
* NASA runs over 150 events each year encompassing over 250 races, including the association's Rally Sport and Time-Trial program.
* Manufacturer partners include MAZDASPEED, Honda Performance Development (HPD), Nissan and Ford Racing.
* NASA Management: Jerry Kunzman, Executive Director; Ryan Flaherty, National Chairman; Jeremy Croiset, Director of Sponsorship; Dave Ho, Business Operations Manager, Will Faules, National Event Manager.
Follow NASA
Internet:         nasaproracing.com
Facebook:     National Auto Sport Association
Twitter:          nasaproracing
Instagram:     nasaproracing