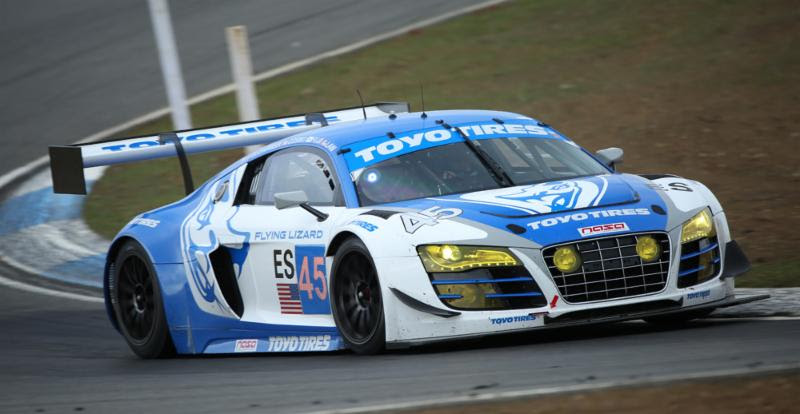 Dion von Moltke and Mike Hedlund.
"The 25 is just a really fun event," Darren Law said. "It's is low pressure, kind of old school racing. We are in one of the fastest cars so you are constantly just flying by other drivers. It takes a lot of patience and race craft to pick the right time to go or not go when passing the other cars, sometimes 20 a lap. It is really a blast out there, but you have to be extra careful because of the large difference in the closing speeds and skill levels of the drivers. It also has a huge range of changing conditions from warm to cold from wet to dry, light to dark, you never know what you are going to get and you will probably get all of those conditions and more."
The Lizard team uses the 25 as a testing ground for Toyo tires.
"The 25 hour is an important year-long wrap up for us after a season of development with Toyo," Law continued. "We have been working on different constructions, different compounds as well as testing through different temperature ranges and track conditions. This event will provide the critical data in a variety of race conditions over an extended period of time. Race conditions are always different than testing and we hope to prove that the work we have done all season has paid off and going in the right direction."
Ryno Racing is returning to the 25 with their Ginetta G57, the same LMP3 car the team ran last year, but with added Chevrolet horsepower, LMP2 aero and traction control. Team owner Ryan Carpenter will be driving with IndyCar team owner Bryan 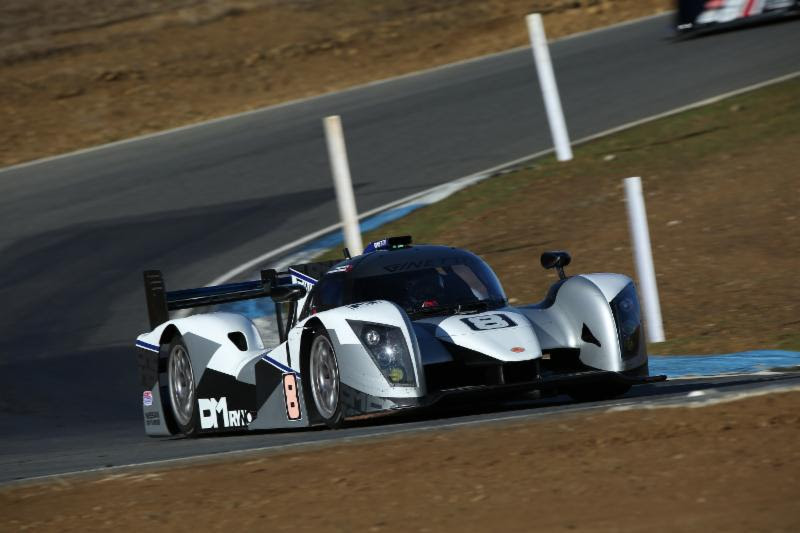 Herta and his son Colton Herta along with IMSA WeatherTech Series competitors Colin Braun and Parker Chase.
"Last year's race was a tough one," Braun said. "Ryno Racing did a fantastic job with all the preparation and we showed we had a fast car. Unfortunately Ryan had a little incident in the last corner and spun across the track into the inside wall and the car was fairly damaged. It was a bummer because there are many places you can get away with a little mistake at Thunderhill, but the one place you really cannot is that corner. It was just such a big consequence for a tiny mistake. But we showed we had a fast car. I really enjoy the race because it reminds you of what this sport is all about. Very passionate people all out racing to just race, very bare and raw, which is so cool. I feel it refreshes me on why racing and sports car racing is such an amazing sport! Looking around the paddock and pit lane at 2 a.m. is just amazing!"
Braun started his racing career in the NASA Formula Renault series and is looking forward to driving with Carpenter and the Herta's.
"Very excited about our driver line-up this year," he continued. "Having Ryan with us again is going to be great, we all learned a lot from 2015 to put towards this year so that experience will be great. And to have Bryan and Colton join us will be awesome.  Bryan's experience and knowledge will be invaluable. Colton looks to be on the path to stardom, so it will be neat to get to race alongside both of them. I have a huge respect and understanding of how cool it is to work with your father as well, since my dad has been engineering my IMSA car at CORE for the past year. I am glad those guys will be able to race as a father/son duo. Really excited!"
Fantasy Junction with Winding Road Racing is bringing the Riley built Daytona Prototype to Thunder Hill. Driving the DP car will be Spencer Trenery who has 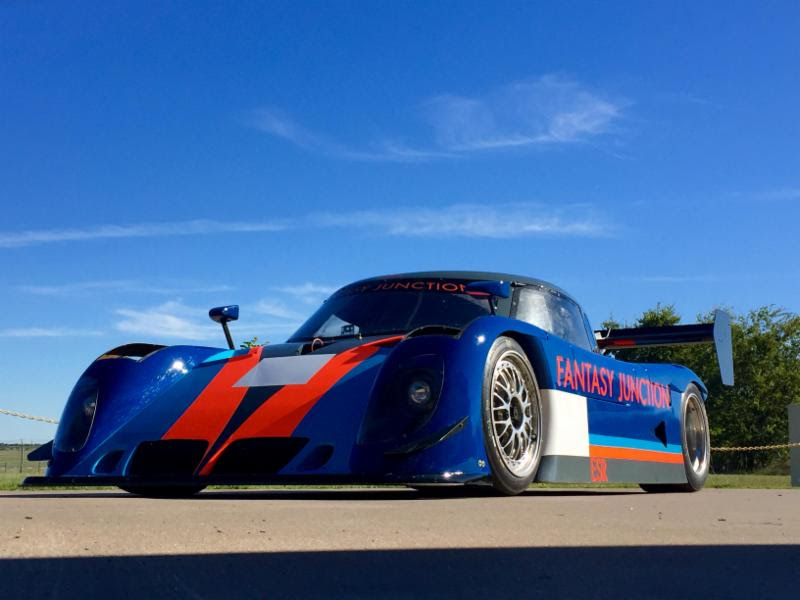 IMSA experience as well as multi-time Rolex 24 Hours at Daytona starter Rob Gewirtz, Mazda MX-5 Cup champion driver Mark Drennan and Darrell Anderson who was second overall at the 25 in 2015.
"We have fielded teams in nearly every 12 and 25 hour NASA races since their inception," Trenery said. "Generally in E1 and E3 and ESR, and we have been on the podium many times. In 2014, I finished second overall and first in ES with the Award Racing Porsche. We are running a Daytona Prototype that we have converted from 5.0L to 6.2L, added a sixth gear, and some significant downforce. We are looking forward to a very competitive race next month."
Professional drivers listed on the entry include: Bryan Herta, Colton Herta, Ryan Eversley, Al Unser Jr., Kyle Marcelli, Randy Pobst, Burt Frisselle, Brian Frisselle, Dion von Moltke, Colin Braun, Johannes van Overbeek, Darren Law, Tommy Sadler, Sean Rayhall, Darren Law, Tyler McQuarrie, Kelly Collins, Taz Harvey, with more expected.
More information can be found on the NASA 25 Hours of Thunderhill web site http://nasa25hour.com/.
For additional information, please contact NASA Championships Media Director, Kyle Chura at kyle@kcapr.com or (248) 821-0468.  More detail can be found at nasaproracing.com or nasachampionships.com.