NP01 first championships, Calderon Miata and Schotz going for 13
NAPA VALLEY, Calif. (Sept. 20, 2016) -  The third annual NASA Eastern States Championships presented by Toyo Tires will run at Watkins Glen International September 23-25 is ready for the green flag.
The 350+ NASA competitors are making their way to upstate New York to take on the competition and the newly repaved 3.4-mile, 11-turn historic race.
What was only a display piece at last year's NASA Championships, the all-new NASA Prototype élan NP01 will have its inaugural Championship race weekend at The Glen. Jeremy Croiset, NASA director of business development, father of the NASA Prototype series and a competitor in the new category is happy with the car and competition so far.
"Things have been going very well with the NP01 program," Croiset said. "Everyone that has purchased a car and begun racing it has been blown away by the performance of the car and are truly happy to see that all the hype around the program was justified. For me, it's very satisfying to see so many folks enjoying the class.  So far, 26 cars have been sold and the 25th is scheduled to be delivered in 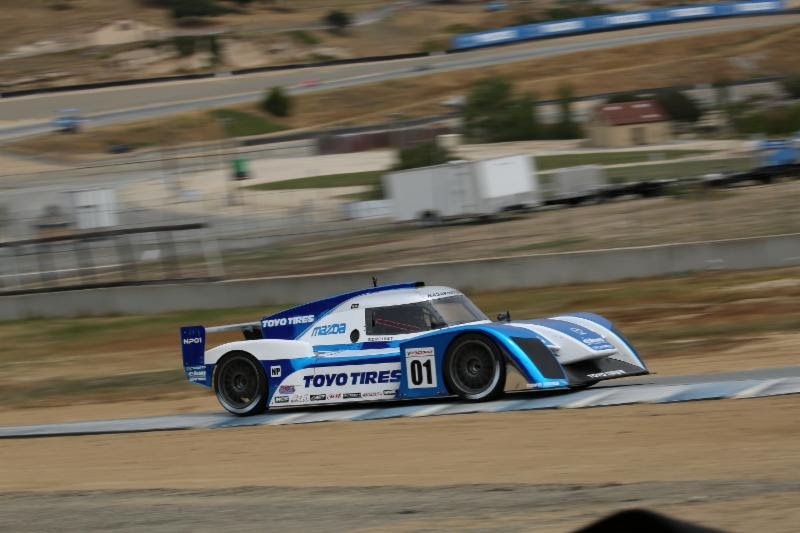 two weeks."
Croiset has been campaigning a car since December.
"Personally, the car has been a dream come true for me," he continued. "I've always dreamed of driving a close cockpit prototype and this car truly lives up to what I always hoped it would be. It's cheaper to operate than anything else in this speed category, has been very reliable, and is the easiest car I've ever worked on. The racing is super close and I thoroughly enjoy knowing that I'm not getting beat because someone has a better car. It's all down to the set-up and how well the car is driven!
"I've been looking forward to racing in the NASA Prototype series at The Glen since I knew we would be taking the event to upstate New York last year. April of this year was the first time I'd ever driven at the circuit and it easily elevated the track to one of my personal favorites in the country. The super-fast high speed layout will truly reward the NP01 because of the downforce that the car generates. This just elevates the challenge as a driver to do well at the event. To top it all off, this will be a NASA Championship event and it's more than I could even ask for. I'm so excited about competing in the category at this fantastic circuit!  I don't personally know all the drivers that will be attending the NASA Eastern States Championships in the NASA Prototype series, so it's a bit of a toss-up for me if I'm honest. The racing I've enjoyed this season so far has been hard fought and very close, so I'm preparing for the same at Watkins Glen. I'll definitely be bringing my A-game to the show and we'll know where the chips fall after that first qualifying session on Fri. morning."
Xavier Calderon from Virginia is an active NASA Official and will drive in the ultra-competitive Spec Miata Class at The Glen this weekend.

"Running the NASA championships is a culmination of all the hard work, data, time and effort I've put into the car so far," Calderon said. "While I am a NASA Official I'm still a driver and competitor at heart. The Spec Miata race this weekend is going to be crazy. The talent pool is absolutely astounding. If you're in the top 10 of this group you can, without a doubt, consider yourself a true driver. It's humbling to even be competing against some of these folks as I look up to some of them as their driving ability continually pushes me to better myself. I hear it's beautiful out at The Glen around this time of year, so I am looking forward to fun weekend of racing and camaraderie.
Calderon appreciates the support that Mazda provides to its racers.
"Mazda's support to the grassroots community is phenomenal," he continued. "The customer service rocks, website is refined, and even the email they send is useful. But in all seriousness, the fact that they even give us the special pricing plan to buy a Mazda vehicle for our "off-track" life is just unheard icing on the cake."
David Schotz is hauling to The Glen from Arizona. Schotz is an 11 time NASA Championships winner. 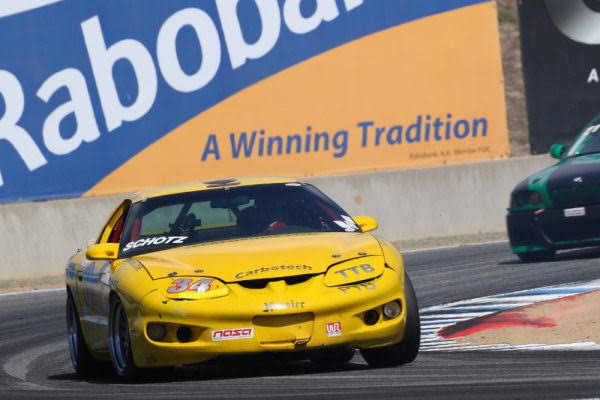 To qualify for the NASA National Championships presented by Toyo Tires, NASA competitors must compete in and score points in five regional races around the country